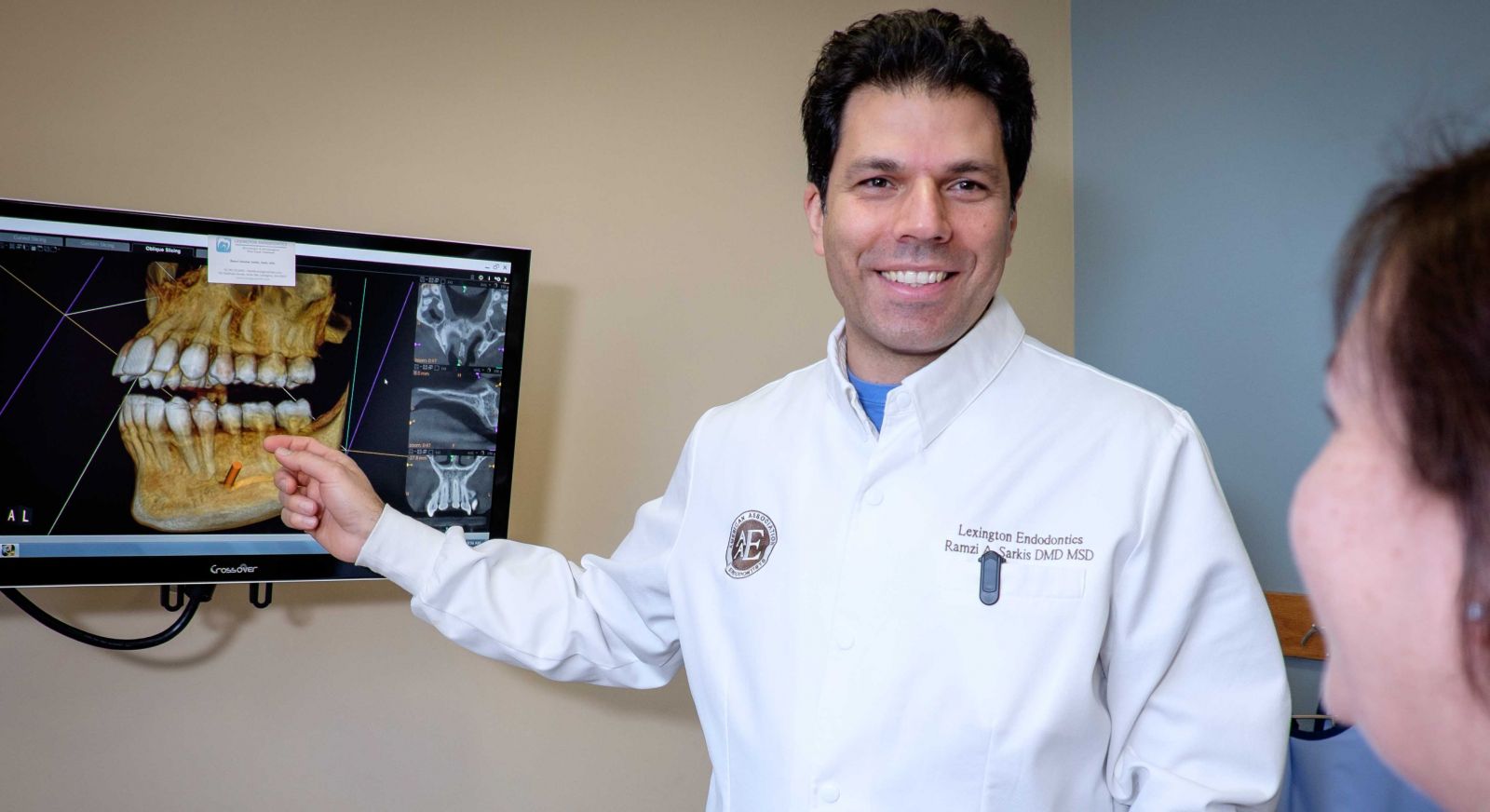 In the early 20th Century, not long after X-rays were discovered, medical professionals recognized their value as diagnostic tools: They could clearly reveal structures hidden inside the body without the need for risky surgery. At the dawn of the 21st century, a revolutionary new technology has entered the diagnostic arena. Today, Cone Beam Computed Tomography (CBCT) promises to change the way many dental problems are diagnosed and treated.

Cone Beam CT has some similarities with conventional X-rays, and also with the standard CT scans you would get in a hospital setting. But it's a quantum leap forward in technology and diagnostic precision. For the dentist, it offers the ability to visualize intricate structures inside the mouth, such as root canals, nerves and sinuses (air-filled spaces) in the jaw — in three dimensions — without surgery. For the patient, it can reduce the need for invasive procedures, shorten treatment time and offer the chance for a better outcome.

The detailed diagnostic images that CBCT provides have made it an essential tool in many dental specialties. But, as with any diagnostic tool that uses radiation, the medical benefits offered must be weighed against the (small) potential risks of the procedure. 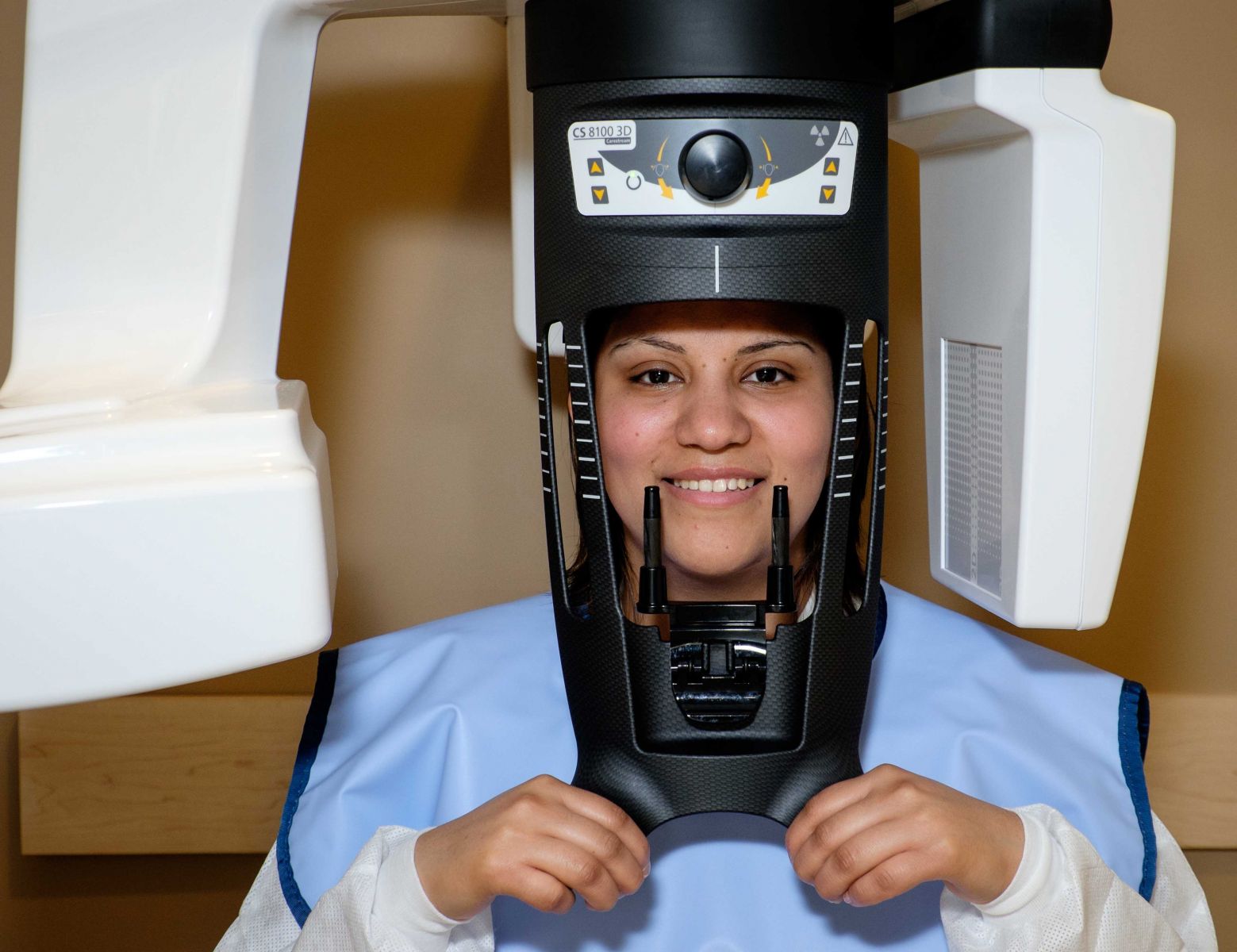 X-rays, like visible light, are a form of energy on the electromagnetic spectrum. Just as light makes an image on photographic film (or a digital camera sensor), X-rays can also form an image. The difference is that energetic X-rays can penetrate bone and soft tissue, and reveal its hidden structure by their varying degrees of absorption; in other words, they form a grayscale picture of what's underneath the surface. But conventional X-rays are limited: Like a still-life picture, they show only one perspective on the scene.

Now imagine a “flip book” — the kind of small book made up of a series of pictures, each slightly different. When you rapidly page through it, you may see (for example) an animated cartoon or a still subject from different perspectives. If you could put together a flip book made from a series of X-ray “slices” of the same subject, taken at slightly different angles, you would be able to create an “animation” of the X-rays. And from there, it's only one more step to making a 3-D model.

That's exactly what CBCT scanners do. Using a rotating imaging device that moves around the patient's head, the scanner records between 150 and 600 different X-ray views in under a minute. Then, a powerful computer processes the information and creates a virtual model of the area under study. When it's done, the model appears like a three-dimensional image on a computer screen: It can be rotated from side to side or up and down, examined in greater or less detail, and manipulated in any number of ways — all without the patient

feeling any discomfort... or even being present.

Where Cone Beam CT Is Used

The ability to see fine anatomical structures in 3-D has proven invaluable in treating conditions in many areas of dentistry.

Could Cone Beam CT Benefit You? 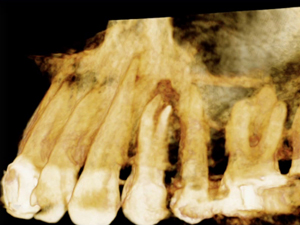 Each patient's situation is different, and must be carefully considered by a clinical professional before any test or procedure is performed. While CBCT delivers a smaller dose of radiation (X-rays) than many other diagnostic tests, it still carries a small risk — particularly for younger patients, or those with other health problems. We will take into account all risks, benefits and alternatives before recommending this (or any) medical procedure.